In the latest bumper issue of AUTO ACTION, writer Andrew Clarke explores the shock performance of wildcard driver Zak Best and his remarkable Supercars Pole. Clarke also explains the wildcard loophole, as queries about how Tickford and Image Racing managed to secure a second wildcard weekend for Best and Jordan Boys came about – queries that […] The first fully built Supercars Gen3 Chassis, heavily modified from its original design, is set to be delivered to Brad Jones Racing this month. As the Supercars Gen3 revolution inches toward season 2023, the chassis has been one area of the program to go through major changes. The original chassis needed significant changes over issues […] In the latest issue of AUTO ACTION, Andrew Clarke spoke with the head of the Gen3 program, Adrian Burgess, about 2017 Bathurst winner Luke Youlden’s back-to-back testing of the new cars. For the first time since Supercars announced its Gen3 plans at Bathurst in 2020 and started track testing the cars a year later, the […] Oscar Piastri and his management team, represented by former Australian F1 driver Mark Webber, may face a High Court battle over their desired move from Alpine to McLaren. Alpine team principal Otmar Szafnauer told Reuters news that “Going to the High Court is over 90 percent certain that’s what we’ll do,” indicating that Alpine won’t […] 30 YEARS ON, BOWE REUNITED WITH A DJR SIERRA FOR PUKEKOHE SUPERCARS

In what will be an historic twist of fate, John Bowe is to be reunited with an old friend in the form of a Dick Johnson Racing, Ford Sierra RS500, 30 years after he last raced it. With Supercars announcing the Historic Touring Cars will run at Pukekohe as a support category, Bathurst legends Bowe, […] HOLDSWORTH TO NOTCH UP 500 SUPERCARS APPEARANCES

At Victoria’s Sandown Raceway, on the Saturday evening of August 20, Penrite Racing’s Lee Holdsworth will have chalked up a mammoth 500th appearance in Supercars.  He currently sits in 11th place for all time ATCC/Supercars race starts, with only 10 drivers to have previously achieved the feat; three of which are still competing: Mark Winterbottom, […]

The first details of Coffs Coast Rally which will take place in and around the Coffs Coast on 25-27 November have been confirmed, with the Raleigh Raceway confirmed to host an exciting Super Special Stages during the event. Serving as both the FIA Asia Pacific Rally Championship and RSEA Safety Motorsport Australia Rally Championship (ARC) […] Ott Tänak is closing in on his third Secto Rally Finland victory after keeping Toyota’s hard charging Kalle Rovanperä at bay during Saturday’s penultimate leg and extending his lead by 2 seconds after the first stage of today (Sundays) final day. The Estonian driver pushed his Hyundai i20 N to its limits on superfast gravel […] THE BATHURST INTERNATIONAL WAIT IS OVER, TICKETS ON SALE NOW

After three years of setbacks, the inaugural Bathurst International will go ahead on November 11-13, with tickets for the event going on sale today. The Mountain will play host to a celebration of international heritage and flavour, with seven categories to heat up the hallowed tarmac, including open racers, touring cars, and GT sports cars. […] Nathan Hearn grabbed his second pole running, edging out series leader and teammate Owen Kelly in damp conditions in a two-part Qualifier. The bottom half of the field went out first for the 10 minute qualifier after the Radical Cup Australia series opened the day on a cold morning in Ipswich, making for some frantic […] Lachlan Harburg will make his step up into the Porsche national series with McElrea Racing at the Queensland Raceway for this weekend’s Speed Series. It will be a familiar name for most Porsche followers, and one that harks back to the pioneering days of the Australia Porsche Cup in the early 1990’s. Lachlan is the […]

Nashville’s Big Machine Music IndyCar event shapes as a potentially defining round, as team Penske’s Aussie Indy-star, Will Power, clings to the top with four round’s to come. In one of the tightest championship seasons in IndyCar history, the slightly re-shaped Nashville street circuit is sure to offer up more passing opportunities with some of […] 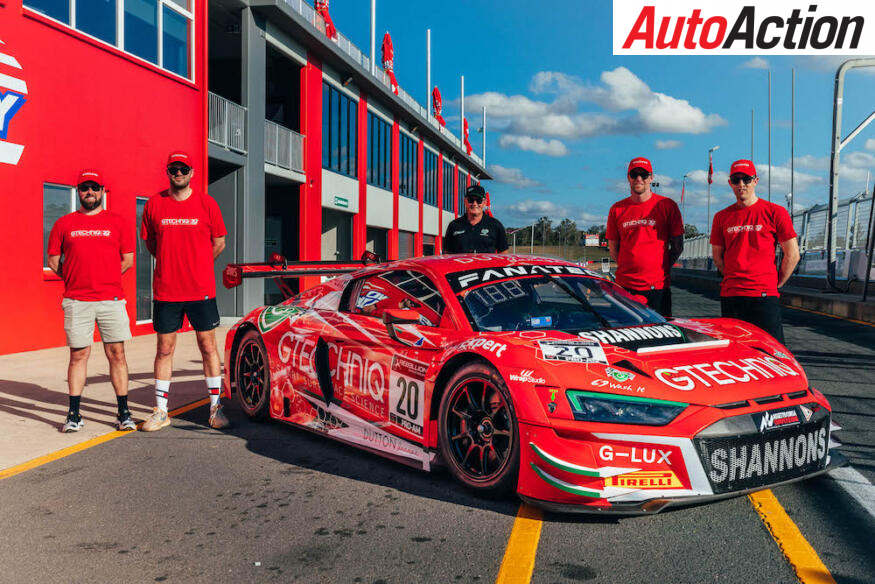 This weekend sees the long awaited return of the GT World Challenge Australia at the Queensland Raceway SpeedSeries in Ipswich, with Mercedes going head to head with Audi. In a frantic run home of races to close the season this year, it all begins on Friday in the practice sessions, before the weekend ushers in […] After a three absence of any major motorsport, the revamped Queensland Raceway will host round five of the Shannons SpeedSeries this weekend. The heavily aged facilities have been given a facelift under the guidance of new owner Tony Quinn, with a new Pitlane and improved spectating areas installed. “Queensland Raceway was first opened in 1999 […] The potential shuffling of Formula 1 seats from the Oscar Piastri fallout has developed yet another angle, with Alpine team principal Otmar Szafnauer declaring that the door is not shut on Daniel Ricciardo should he be seeking a drive elsewhere. As reported by motorsport.com, Szafnauer said that he had already “fielded a bunch of calls […] The Queensland Raceway will play host to what could be a record starting grid for the Turtle Wax Trans Am series this weekend. 29 entries will hopefully take to the grid at ‘the paperclip,’ which will beat the current record of 28 starters that raced at the SMP in May of last year.  The high […] PIASTRI IN RICCIARDO OUT AT MCLAREN

Despite the shock departure of Fernando Alonso from Alpine F1 only 48 hours ago and Alpine claiming that young Aussie Oscar Piastri with replace the Spaniard at the Enstone based squad, it is more likely than not that Piastri will be confirmed as a McLaren driver as soon as today. This announcement will also likely […]