The Gen3 prototypes will again be on track for the Supercars finale at the VALO Adelaide 500, with four drivers to get a crack around the street circuit in the new machinery.

Craig Lowndes will again be behind the wheel of the Chevrolet Camaro, with both the Mustang’s and Chevy’s on track for all days for the December 1-4 event.

Erebus driver Brodie Kostecki will be the other driver behind the wheel of the Camaro having also tested the machinery before. 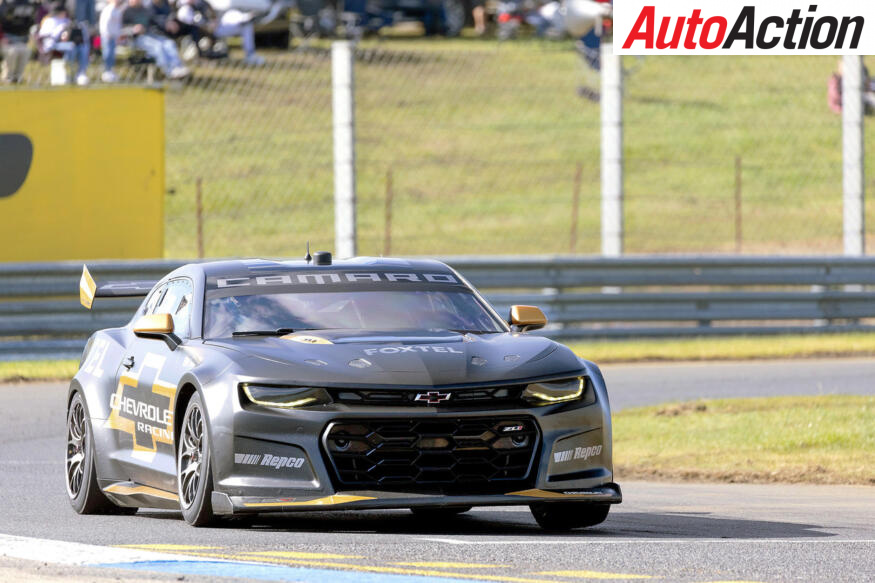 Lowndes was behind the wheel of the Gen3 Camaro at Sandown

The Mustang will be in the hands of Tickford star Cam Waters, with young Zane Goddard to  also sample the Mustang, after doing the bulk of the testing in the old spec Gen3 ford, with Dick Johnson the only driver to test the new-generation Ford live on track.

There will be three sessions on Thursday, at 12:40, 4:40, and 5:30, with Lowndes and Goddard going around before the Supercars Practice 1 session.

Water and Kostecki will then take the wheels after the first practice session, with both drivers also taking the wheel during every session over Friday, Saturday, and Sunday.