The Perkolilli Claypan is arguably one of the oldest original racetrack surfaces still used in the world, sharing a similar historic time period as the UK’s Brooklands (1907) raceway and aerodrome, and the Indianapolis Motor Speedway (1909)…albeit on a claypan.

This year’s event is being put on by the Lake Perkolilli Motor Sports Club (formed in 1926) and the Variety Goldfields: a WA based children’s charity, with the AASA officially sanctioning the competition regulations of the event.

This 2022 re-enactment of the great ‘Perko’ race, has the greatest number of entrants in its history, eclipsing even the numbers from the original races. 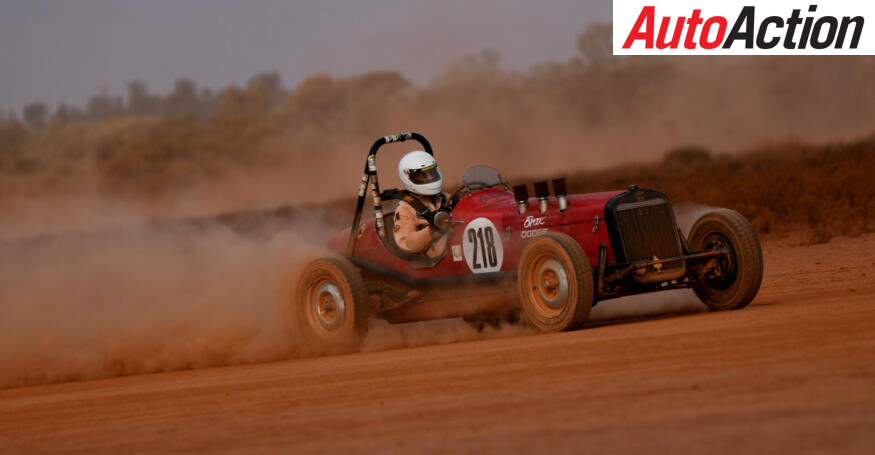 Gary West in a 1939 Dodge Brax, with a ’39 Dodge flathead six and a three-speed transmission

“This really is the pinnacle of what we would call outback motorsport, we’ve got cars coming from every state,” said Graeme Cocks, president of the Lake Perkolilli Motor Sports Club, speaking to AUTO ACTION from Perth.

“It’s the romance of being able to compete and drive on a racetrack that’s exactly the same as it was in 1914.”

It’s just the sixth time since 1997 that the event has taken place, with its past history steeped in some of the earliest traditions of Australian motorsport folk law.

For some back-story, in 1914, Western Australia’s first organised form of motorsport took place on the dry and dusty red claypan of Lake Perkolilli.

Motoring enthusiasts from Perth and Kalgoorlie made the trip out to the popular event, driving up the godforsaken roads that led into Perkolilli, pitch their tents in the rock-hard soil, and began tuning and testing their motorcycles and cars to prepare for race day. At first it was the motorcycles that were the prominent force, reaching up to speeds of 160km by the mid-twenties, before the cars started to match them in performance, where they started to experience the thrill of fast cornering in some of Australia earliest racing machines and roughest conditions.

The earliest V8’s started to dominate the flats, with its last winner, Jack Nelson, piloting a Ballot Special, which had a Ford V8 in a Chevrolet Chassis, blended with parts from a Ballot grand prix car. The Lake ‘Perko’ re-enactment, 45 minutes out of Kalgoorlie, is one of the most unique motorsport events in the world