Earlier this year Tickford Racing confirmed its co-drivers, but now the Victorian Supercars squad has firmed up its driver and co-driver pairings for the Great Race.

Despite being heavily linked to the PremiAir Racing seat, Goddard is looking forward to racing with Tickford and is confident of competing strongly and fighting for victory at Bathurst this year.

“It’s a great opportunity to partner with James at Bathurst,” Goddard said. “JC’s always been speedy at Bathurst and the team’s always competitive there, so there’s every chance we should be right in the fight.

“It sort of brings things full circle as well, James really helped me with my career when I was younger and went off to Europe, so to race with him at Bathurst is going to be pretty special, hopefully we can go there and bring home a really strong result.

“I did have an opportunity to race elsewhere the rest of the year, and it’s no secret I do want to get back to a full-time drive in Supercars, but this opportunity to drive with James and Tickford can’t be overlooked.

“I genuinely think we can go for the win, and I can’t wait to get there and give it a red-hot crack.” 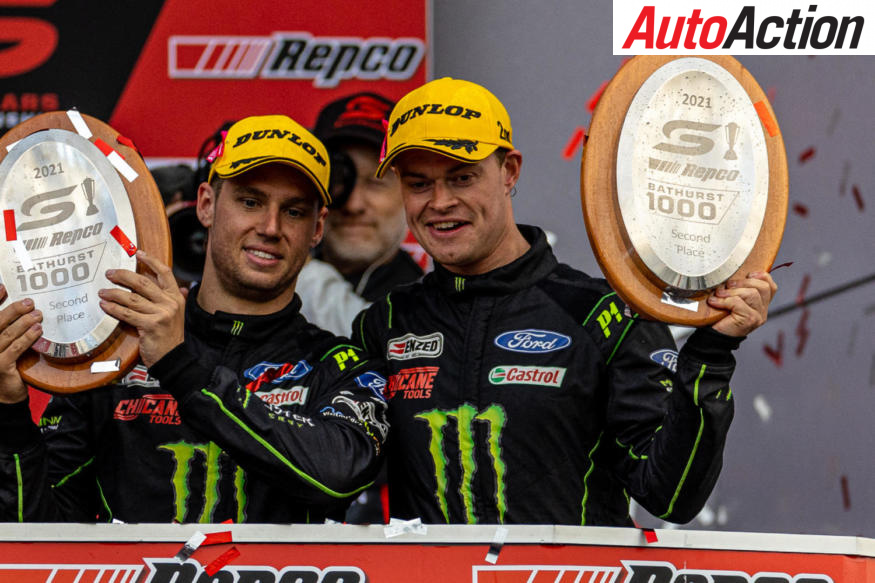 The only Tickford pairing that remains the same is Cameron Waters and Bathurst 1000 veteran James Moffat who together finished second in the Bathurst 1000 last year.

It will be Moffat’s fifth Bathurst 1000 with Tickford and is looking to go one better this time around.

“I’m very excited to partner with Cam again at Bathurst,” Moffat said. “He and the #6 boys have really been in form over the last few rounds which is very encouraging, and the team’s operating well as a whole which is a good sign for the rest of the year.

“Cam and I worked well together last year and it was awesome standing on the podium again, but obviously you go there to stand on the middle step, and that’s absolutely our goal come October.”

Thomas Randle will be joined by Best who will be contesting his second Bathurst 1000 this year and will coming off the back of two main game Wildcard appearances with Tickford.

“I’m really excited to be racing in the Bathurst 1000 again, and to race with Thomas is going to be really cool,” Best said. “We were team mates in Super2 in 2020, spent a lot of time together, and we’ve worked pretty closely since I’ve been at Tickford so we get along well, and I think that will help us on the track.

“Last year was pretty surreal making my first start, but I’ve learned a lot since then and I think we can be a really strong pairing come race day.”

Finally Mustang #56 will be a family affair with Kurt Kostecki co-driving alongside his brother Jake for the second year straight.

The pair finished 13th together in a Matt Stone Racing ZB Commodore last year and will be looking to break into the top 10 this year.

“It’s great to be teaming up with Jake again, I know a thing or two about him so I think we’ll work well together,” 23-year old Kurt said jokingly.

“We raced together last year at Bathurst and ran fairly well, seeing how Jake’s progressing this year and how the team are competing overall is really exciting. “They’re always in the game at Bathurst so we know we’ll have a car to compete which is awesome.

“Obviously it’s all about just being there at the end so we’ll work up to that when we get there, but I’m really looking forward to getting on track later in the year and giving it our best shot.”

Tickford Racing CEO and Team Principal Tim Edwards is confident all drivers will be fast and reliable.

“We certainly have a very strong driver line-up this year, and we’re very happy with how our pairings have come together” Edwards said.

“The level of competition in this category gets stronger every year and at Bathurst it’s critical to have drivers who are both fast, reliable, and work well together, and you can apply those to all of our drivers and pairings.

“Of course, you never know what Bathurst is going to throw at you, but we’ve shown good car speed all season which we’ve continued to improve on; then add in the team behind that and this driver group, and I think we can certainly factor in at the pointy end when it counts in October.”