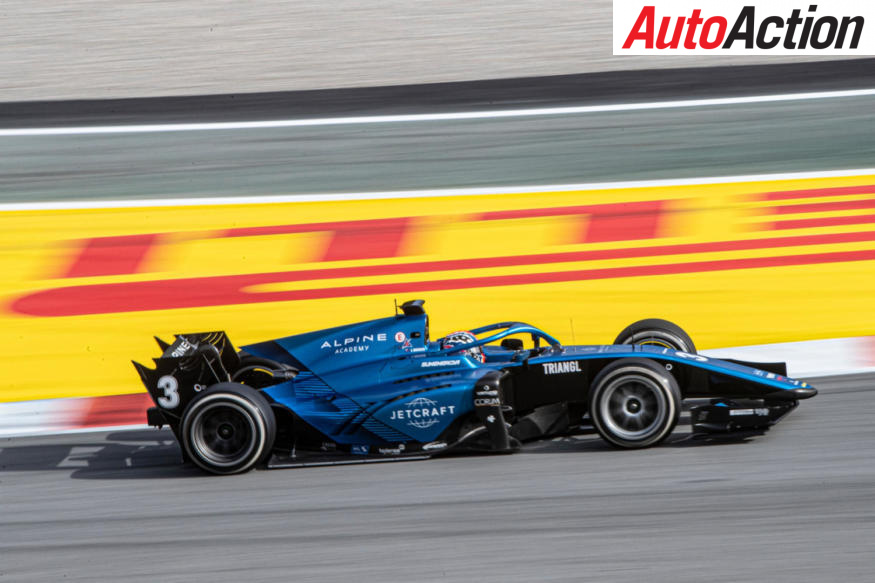 Aussie Jack Doohan drove to second from pole position in the Formula 2 Feature Race at Circuit de Barcelona-Catalunya, unable to hold off weekend pacesetter Felipe Drugovich. Doohan certainly put up a fight, holding front spot until lap 26 in an impressive display for Virtuosi Racing, however championship leader Drugovich had too much speed late […] Scott Dixon will start on pole in the Indianapolis 500 for the fifth time in his career after breaking a 26-year-old record. Rolling out last in the Fast Six, the six-time IndyCar Series champion hit a four-lap average of 234.046mph in the #9 Chip Ganassi Racing Honda, besting Scott Brayton’s benchmark of 233.718mph from 1996 […] The Winton SuperSprint wrapped up with another fine day in regional Victoria for the conclusion of the big support category program. PORSCHE CARRERA CUP AUSTRALIA Outright winners in the final two races of round two were David Russell and Harri Jones who with his race one success, was first overall and has built a good […] TEAM 18 READY TO MAKE STEP UP

Team 18 owner Charlie Schwerkolt is adamant that better qualifying results and faster pitstops will contribute to consistent top 10 results in the Supercars Championship round starting today at Winton Motor Raceway. It has been a start to the season of mixed results for the Victorian based Team 18 outfit, and after the first four […]

THROWBACK LIVERY FOR JONES AT WINTON

The colours of DrillPro will adorn Macauley Jones’ Holden Commodore at the Winton SuperSprint this weekend, renewing a partnership from the past. The #96 Brad Jones Racing machine will enter its home event with the backing of DrillPro as naming rights sponsor, the squad revealing a white, blue and black coloured livery for the car […] VIPS AND KUBICA TO STEER IN F1 PRACTICE

Rising youngster Juri Vips and experienced campaigner Robert Kubica will take part in FP1 of the Formula 1 Spanish Grand Prix this weekend, driving Red Bull and Alfa Romeo machinery, respectively. Vips, a Red Bull junior driver, will be on F1 debut when he steers the Red Bull RB18 during FP1 this weekend. The 21-year-old […] The Russian Grand Prix will not be replaced on the Formula 1 calendar this year, reducing the season to 22 races. Russia’s event, originally scheduled for Sochi Autodrom from September 23-25, was removed from the calendar on February 25 following the nation’s invasion of Ukraine. Subsequently, Formula 1 also announced that it had terminated its […] Team 18 will take on a testing regime at Winton Raceway today, despite having just one Supercar to work with. Scott Pye’s #20 Holden ZB Commodore suffered significant damage in an incident with Jack Le Brocq at Wanneroo Raceway just over a week ago, requiring the machine to be put on a jig at Walkinshaw […] The lure of full factory support is what triggered the seismic shift of Walkinshaw Andretti United to Ford for the Gen3 era in Supercars. After losing its long-time position as the Holden Racing Team to Triple Eight Race Engineering, the former Commodore flagship team went looking for a full factory connection for Gen3. There were […]

Three-time Supercars champion Craig Lowndes will spearhead a team with a special cause at the Bathurst 12 Hour. Lowndes, who has won the event two times previously, will compete alongside Alex Davison, Geoff Emery and Scott Taylor to raise funds and awareness for the Prostate Cancer Foundation of Australia (PCFA) next weekend, dedicating their entry […] Full-time Supercar steerer Will Brown and his Bathurst 1000 co-driver Jack Perkins will race a Mercedes AMG GT3 alongside Mark Griffith in the upcoming Bathurst 12 Hour. The Daimler Trucks Australia trio will fight for outright Pro-Am honours, renewing partnerships that span several years. Griffith has been a strong supporter of both Brown and Perkins […] It’s back to the drawing board for Walkinshaw Andretti United in the Supercars Championship, after a disastrous round at Wanneroo Raceway. The duo of Chaz Mostert and Nick Percat could not have had worse results in the Perth SuperNight, unable to crack the top 10 in any session, while rival teams prospered at the unique […] PYE: HE MADE A STATEMENT

In what was an action-packed weekend one controversial and sizeable incident occurred between Scott Pye and Jack Le Brocq, it is a crash that divided the paddock and saw a furious Pye pull no punches. In the opening lap of the second race Pye covered Le Brocq out of the final turn, however the Matt […] Although James Golding had a challenging weekend in the S5000 Australian Drivers’ Championship, series leader Joey Mawson still believes the Garry Rogers Motorsport driver is the man to beat. It was a near perfect round for the reigning Gold Star Champion who took pole position and won Race 1 and the double points Feature Race […] 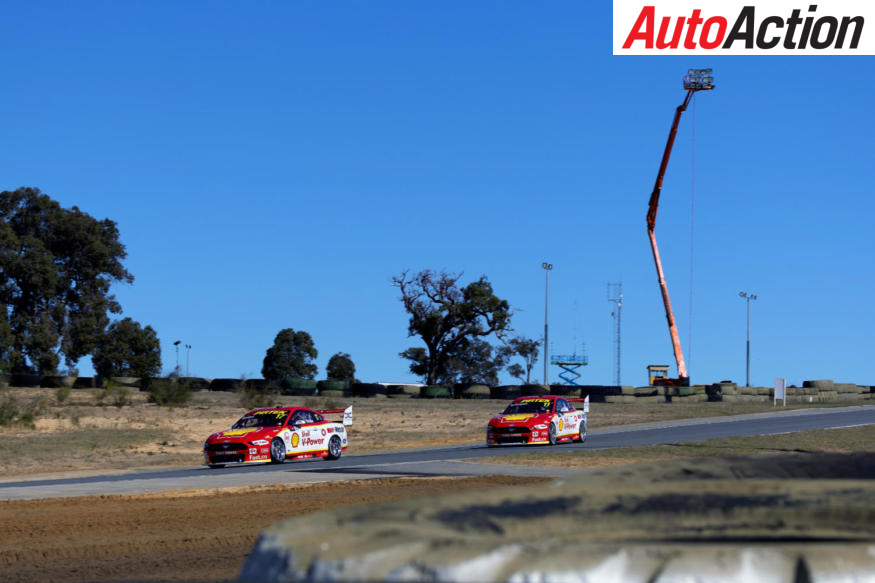 Will Davison took victory in what was a dramatic and controversial Supercars Championship race in Perth. For Davison and Ford it was there first Supercars race win of the season and for Davison his first since the Bathurst 1000 back in 2016. The controversial moment came when Davison on fresh tyres made a move up […] Will Davison and Shane van Gisbergen split the poles in Perth this afternoon, Davison scored two front-row starts while van Gisbergen will start outside of the top 10 for the opening encounter. Both van Gisbergen and his teammate Broc Feeney were held up by former champion Mark Winterbottom into the final turn on their fast […] Scott McLaughlin will start tomorrow’s IndyCar race at Barber Motorsports Park from fourth, while his Aussie teammate Will Power was buried in the pack. Pole position went to Dutchman Rinus VeeKay, just the second pole of his IndyCar career after setting a 1m 6.2507s time. By taking pole VeeKay became the fourth different polesitter in […]